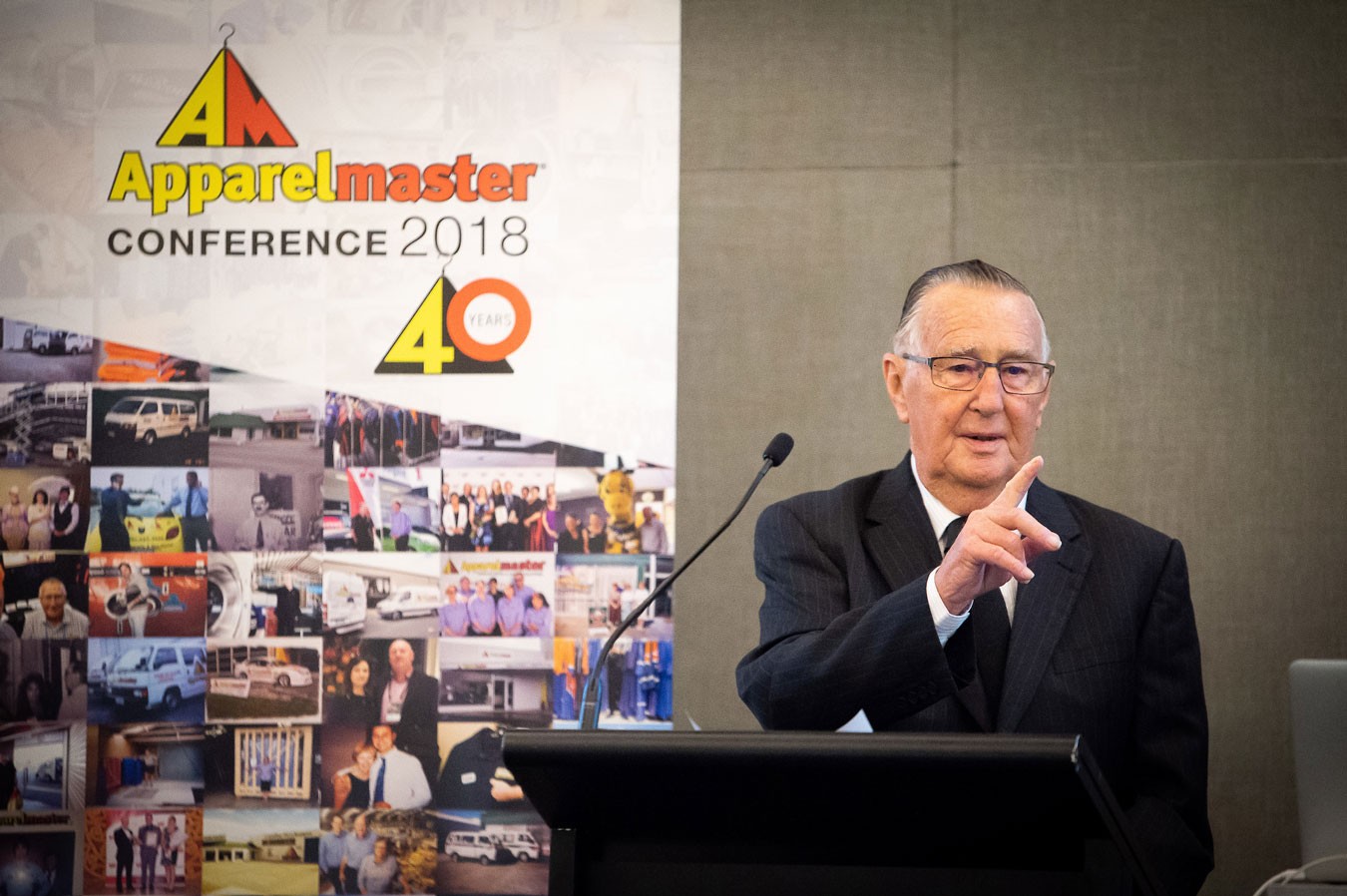 In 1993 Bill took the next big step and purchased the right to be the sole and exclusive Australia and New Zealand Franchisor. Apparelmaster Australasia 1993 Ltd was officially formed and continues today under the same registered company name. Since its initial establishment, we are proud of the fact that all earnings and profits are retained in New Zealand throughout the Apparelmaster group. By the late 1990's the group as you see it today was pretty well formed. The same network of Apparelmaster businesses has remained for almost 20 years. With all this expansion it was timely for Bevan (Bill's son) to join the family business. In 1996 Bevan became a joint license holder of Wellington Apparelmaster Ltd.

In 2006, coinciding with Bevan joining the Apparelmaster Australasia team full time, the group formalised a head office structure providing a centralised contact point for the Apparelmaster Group.  Bevan was made Managing Director of the Apparelmaster Group in 2010 and heads up the established Apparelmaster head office which provides an on-going and active role in ensuring the success of each individually owned and managed Apparelmaster business. This includes maintaining a nationwide and fully customised computer system (which underwent a major overhaul in 2013), undertaking annual nationwide audits to ensure all service standards are strictly maintained, assisting with national sales and marketing strategies and establishing national policies that all Apparelmaster members must adhere to. Over the years the range of laundry and drycleaning services, workplace and workwear rental options has continued to grow and expand and now includes the supply and maintenance of all manner of workplace mats, towels and towelling systems, washroom dispensers and consumables, first aid kits and lockers.

Alongside the many businesses we continue to service at a local level, as a national chain we also work with such recognised brands as Hirepool.

Apparelmaster’s focus of meeting the needs of changing markets, trends, standards and safety compliance, is just one of several factors that sets the business apart from its competitors. Providing the best product, tailored to clients needs and the highest level of customer service for all your workplace rental and laundry solutions means Apparelmaster truly are the masters of your trade.

To send an enquiry, fill in the details below, submit and we will get back to you shortly