HOME NEWS
A Star is Born: Dancing with the Stars Winner! 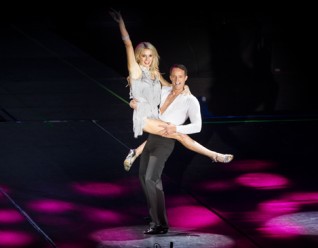 A Star is Born: Dancing with the Stars Winner!

Ricky Brackfield, along with his partner Abbie Proudley, won the disco ball trophy for the 2018 Harcourt’s Dancing with the Stars competition on Saturday 28th July in Rotorua. Ricky and Abbie wowed the judges with their sparkly, enthusiastic jive, which they had practised most days leading up to the event.

Ricky is the proud owner of Apparelmaster Rotorua and said that making the top two in the competition had them “absolutely over the moon.”

The event was organised to raise money for Rotorua Community Hospice and featured music entertainment, a dance performance and an auction between the dances. The event is expected to have raised over $100,000 for Hospice. Ricky said, “I’d just like to thank all the people involved, there’s lots of behind the scenes people who really make this event possible.”